Board of Directors and Corporate Officers

ANDRES SORIANO III, American, Director of the Company since 19 May 1982; Chairman and Chief Executive of the Company (1983 to present); Chairman and President of Anscor Consolidated Corporation (1987 to present); Chairman of The Andres Soriano Foundation, Inc. (1985 to present), Phelps Dodge International Philippines, Inc. (1983 to present), Phelps Dodge Philippines Energy Products Corporation (1997 to present), Seven Seas Resorts and Leisure, Inc. (1998 to present) and Pamalican Resort, Inc. (May 2011 to present); Director of International Container Terminal Services, Inc. (ICTSI) (July 1992 to present),and Manila Peninsula Hotel, Inc. (1986 to present). Mr. Soriano was formerly the President and Chief Operating Officer of San Miguel Corporation and was subsequently the Chairman and Chief Executive Officer of San Miguel Corporation. He was Chairman of Coca-Cola (Philippines), Coca-Cola Amatil (Australia) and Nestle (Philippines). He was a Director of SPI Technologies and eTelecare Global Solutions, Inc. until 2006. He was also a Member of the G.E. Asian Advisory and the Wharton East Asia Executive Board. He holds a Bachelor of Science Degree in Economics, Major in Finance and International Business, Wharton School of Finance and Commerce, University of Pennsylvania, (1972).

JOHNSON ROBERT G. GO, JR., Filipino, the Company since 19 November 2019; Director of Universal Robina Corporation (May 5, 2005 to present), JG Summit of the Dameka Trading, Inc., member of the Senior Advisory Board of Robinsons Bank Corporation and a Trustee of Arts) from the Ateneo de Manila University.


The following are not nominees but incumbent officers of the
Company:

MA. VICTORIA L. CRUZ, Filipino, Assistant Vice President of the Company (April 2017 to present); Executive Secretary to the Chairman (September 1998 to March 2017). Ms. Cruz was formerly the Executive Assistant to the Head of Mission of the Embassy of Peru. She also worked with Shangri-La’s Mactan Island Resort, John Clements Consultant’s Inc. and the Mandarin Oriental Hotel, Manila. She received a Bachelor of Science degree major in Business Management from De La Salle University in 1984. 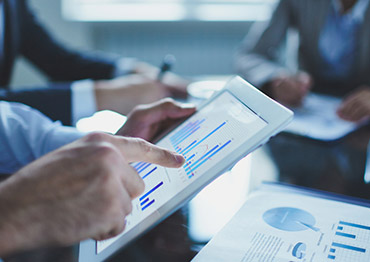 Our website uses a third-party service to analyze non-identifiable traffic data for us. This service uses cookies. If you continue without changing your cookie settings, we will assume that you are happy to accept cookies but you can change your settings at any time in your browser.